The Treasure At The End Of This Dungeon etc. etc. etc.

"Some of the most beautiful, poetic game design you can get, a super fun looking story game of a roguelike, AND it's freaking gorgeous." - Brandon Leon-Gambetta, game designer & podcaster.

In order to download this game you must purchase it at or above the minimum price of $15 USD. You will get access to the following files:

Support this game at or above a special price point to receive something exclusive.

A brilliant piece of art. I know I'll read and reread this game over and over and I will find more things to love.

Treasure At The End's PDF is 16 pages, with a straightforward layout that's well organized and easy to read.

The dungeon rooms are simple, and focus on broad, common beats in dungeon crawls. A puzzle, a trap, a fight, etc. And then the loop begins again.

The character classes are much more interesting, and each interact with death-looping in different ways. The Muscle can simply ignore death by crossing rules off of their sheet. The Mage loses spells on death, but gains more casts and the ability to combine their remaining spells. The Thief can bluff new mechanics, but erases everything on death. The Healer can prevent deaths and permanently erase mechanics from rooms.

Overall, if you like lyric games and metafiction and seeing the dungeon crawler formula picked apart into fractals, I'd strongly recommend checking this out. It's playable, but more than that it's a fascinating read.

Also, there is a way out of the dungeon. I think you can find it too.

I love your reviews, by the way.

And I might be reading the rules wrong, but I think there's a way you can use Thief + Healer hijinks to engineer an escape.

OH NO! I'll check it out haha!

I'm interested in buying but it looks like I can only pay through paypal; some searching says stripe payment is something that creators have to sign up for separately. Is that in the cards right now?

Okay was anyone going to tell me that The Treasure At The End Of This Dungeon Is An Escape From This Dungeon And We Will Never Escape This Dungeon is the best Dark Souls ttrpg or was I just supposed to realize this while thinking about the game at 4 am?

Yes! I am kickstarting the game starting 2/29 and the price here is an incentive to get the game through the Kickstarter. There is a link and explanation in the game’s description. 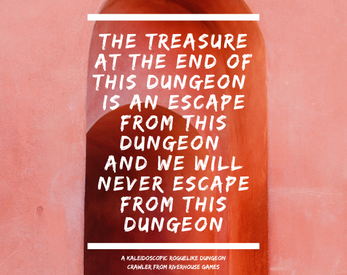 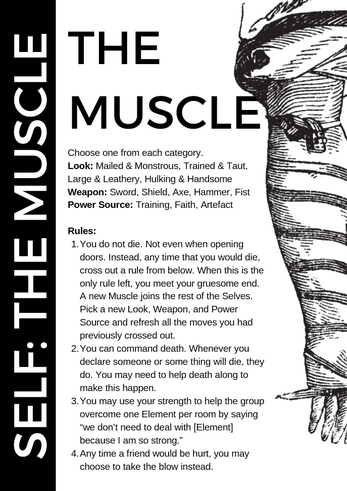 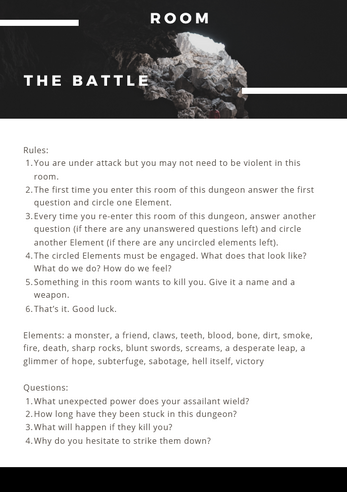